One of the first safety lessons I recall learning as a child was “Stop Drop and Roll” –
or, how to respond if you are caught on fire.

Last month, on a trip to Toronto where I had no wi-fi connection in the house I was staying in, or available data plan on my iPhone, I found myself struggling with free time.
I wanted to meditate.
I wanted to do yoga.
I went for a run every other morning.
I read a lot of dharma.
I edited a lot of writing – it’s not like I was “doing nothing.” 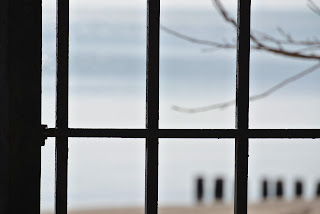 Grief is a tough one for me.

Having lost my parents when I was pretty young, I am prone to moments - on the treadmill, in bed in the morning or late evening, petting the cats, watching a movie - of missing them.

It's spring. My mother died on January 24. My father on March 15. My mom's birthday would be April 10, and my father's March 25. The spring is annually pockmarked with their absences.

For a long time I identified with my grief. Every time I was sad, it was about my parents. A therapist I had in my late twenties, concerned about my repeated, cyclical depression and anxiety, had me map my emotional responses. Sure enough, at the same time each month, I missed my parents. Missed them because they were dead, missed them because they were often absent even when alive. Missed the idea of having parents. Got angry at them for what they did. Wished they'd done otherwise. Regretted disliking my mother so much when she was alive. Rinse. Repeat.

The therapist said:
While I believe you were traumatized as a child and young adult, I think this cycle is chemical.
I was diagnosed with PMDD - pre menstrual dysphoric disorder. It fit the bill perfectly - a very severe emotional response to the normal hormonal fluctuations of PMS.

Ok. Good. I evened out more. Because I understood the chemical component of my sadness/anxiety, I could also see that perhaps I was holding on to something - my parents'/the idea of my parents/my sadness. I got that a bit. I became more able to let it go, meaning: it was already gone, and I could see it was gone. Came, went. Came again, went again.

However, only recently have I noticed that the acute pain of loss, of hurt and grief,
returns as well.
Yes, it goes. Yes, it comes again.

On one of numerous road trips for a dharma program that I have recently been on, a sangha friend replied that, when I told her that my parents and grandparents were gone by the time I was 22,
You were all alone.
I balked, though I've been known to say things like this, honestly.
I said, No, I still had, still have, my two older brothers.
But you didn't have any - don't have any - aunts or uncles or anything?
That's true.

Now, now I am feeling the feelings more. Thanks to meds, meditation and more and more practice recently than in a couple of years, I am sensitized, close to the surface, and aware. Aware when the feelings come, and aware enough to really feel them. Then, to really watch them go.

This is what I talked about in a more abstract way in my recent post on elephant journal.
This is what letting go is - letting them go. Permitting, nay, noticing, accepting that what is gone is already gone.

Each time I acknowledge my feelings and let them go away, see that they are already gone, I am actually letting go of my parents. This is something I haven't been doing in the past. Maybe it was extended denial, or shock. It seemed like acceptance, but as I get closer to some feeling of real acceptance, I can see how far off it was.

There's no problem with that. I am not angry at myself, or shocked, hurt that this is
"still going on."
No, instead I am grateful, most of the time, that I can keep learning to let go, the only way how:
Now.
Now.
And now again. Experiential. Real. Non-conceptual. In the moment.

That's the only way to let go.