Stress is not enough rest.
Stress is wearing through breath, pushed to the last
step. Stress is plane ride after plane ride, dozens of
beautiful people blurred into one.

Stress is fun strained, a choice of long sleep over
dinner, visiting dear hearts, crying when coming home,
because sadness is the same as joy.

Body rebelling to the stress status quo
letting me know I need to slow down. Stress is my check,
my balance, a better system than my conscious decisions,

warning shots off the bow, out of proportion revisions,
a quiet voice inside unheard that makes itself known in strange
strained dreams and also in relief when I stop and breathe. 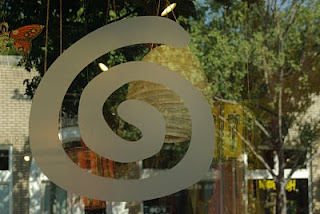 I've been traveling a lot this year, and especially this fall. My system is pushing itself, with strange medical and personal ailments arising. Each time I have arrived home the last few weekends off teaching, I cry and cry, overwhelmed, exhausted, unclear. I sleep a good 10-12 hours and wake a new woman, understanding that I need to do as close to nothing as I can after working all weekend and the week before, sometimes the weekend and week before that as well, as is the case today. I will do the minimum to keep things operating - Shambhala Center directing, student inquiries, Facebook check in, teaching one class - and spend the rest of the day not spending it at all, letting it drift by, bits of books here and there, magazines plopped in, silence filling the space around me and the space inside me, opening me up, airing me out, restoring the system from the stress of stress.
Posted by miriam at 1:22 PM 1 comment: 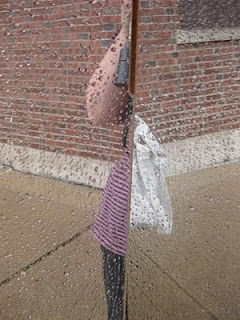 Underneath the frosting, find some sugar
in cake form, spongy and airy, a welcome
relief from the dark and heavy covering.

Rest there for awhile and believe
you have become free, until you see there is
yet another layer beneath,
a muddy area you sink into,
get your feet caught in,
where last year's beliefs
are still alive and well.

This is belief hell - the delicious layer cake
of acting one way and believing something else
the double, triple, quadruple self-deception
that carries us through daily interactions
and off to bed where the lower layers
show their underwear and reveal their rotting roots
in your dreams.

I've been thinking a LOT lately about beliefs. Not just thinking, but feeling them out, sussing them out in my body as well as my head. A few times, through Hakomi work and in conversation with folks, I have reached a point of realizing that I believe one thing but act as if another is real. This is no surprise, of course, anyone who pays attention will catch this in just about every interaction. But after a few years of practice I thought, for instance, that I didn't blame myself for my own pain, for instance, anymore. Only I do. Some part of me still believes when I am ill or in pain that I caused it, even though the rational parts of me have been trained through meditation and dharma to dismiss such gobbledygook. So much for rational thought.

Because rational thought does not run the body. This much has become very apparent to me in the last few months. Between A General Theory of Love and Perceiving Ordinary Magic, plus Hakomi work, plus, well, my "ordinary" awesome job(s) in which I get to pose questions about things like this and listen to up to 8 people write about it from their hearts, it has become really clear to me that this ship is run by my un/subconscious. Almost entirely. My conscious, controlled world is a farce, nearly non-existent. I feel both liberated and terrified by this (which commonly come together, in my experience): thus the cake metaphor.

In particular, this contrasting belief that I am basically good, made of basic goodness, inherently fresh and awake (as are all of you, beloved readers) VERSUS the inner belief that any kind of struggle, pain or suffering indicates there is something wrong with me is pretty harsh to see. Of course it's been pretty harsh to experience, and I'd rather see it than have it controlling me without my seeing it (as my own internal misogyny did for so long). Still, wow. Really? I believe that kind of shit about myself? Where did I get that from? Its etiology really isn't significant to me anymore, not as much as working it out of my system. Now comes the hard work of practice, which I quoted Hayward on earlier on this week on Facebook:

Fundamentally, the path of training and discovery is extremely simple, direct and uncomplicated. But that is not to say that it is effortless. The reason that the journey requires effort is that our imaginary-conceptual beliefs form layer after layer, like onionskins. As we peel off layer after layer, we come closer and closer to our most cherished beliefs, beliefs that we may not even realize we have and act by. -Jeremy Hayward, Discovering Ordinary Magic